I believe engineers have a crucial role to play in developing adaptation solutions to ensure our infrastructure and cities are resilient and sustainable in the face of intensifying global change.

I was a classically trained civil engineer but soon recognised that the codes and historical methods that have enabled so much in the past are not always suitable in this rapidly changing world because they often fail to consider the wider interactions between engineering systems and altering environmental and socio-economic conditions.

My research interests, described in more detail in the 'Research' tab, are broad but with the common thread of Earth Systems Engineering. My work is necessarily a cross-disciplinary endeavour, involving collaboration with leading researchers, consultants and government agencies nationally and internationally. Through close working with endusers including placements at organisations, such as the Greater London Authority, I have disseminated and applied my work directly with stakeholders.

Prior to my current role I was lead researcher in the Tyndall Centre for Climate Change Research Cities Programme (that I now co-ordinate) and responsible for delivering the Urban Integrated Assessment Facility. Prior to this I was appointed as a researcher at Newcastle University in 2004, having previously worked at Bristol University where I co-developed the National Flood Risk Assessment methodology that was subsequently used in the Office of Science and Technology's Foresight: Future Flooding study. 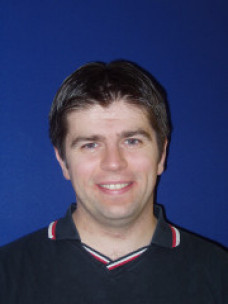